Hot Peg, the former Lady Margaret Bundchestor, 14th Duchess of Wankershire - Abdicated her Coronet to run off with an American commoner by the name of Cassidy. Her mother the Dowager Agnes explained, "If only it was that lovely church-going Angyl brother, the one engaged to Debbie Gibson, then it would have been just fine." Cheerfully acknowledged as a leading parrot exterminator and taxidermist, she gave it all up in order to sing with the band.

Peg attended Cheltenham Ladies' College for Girls, graduating early thanks to good behavior (and definitely not blackmailing the principal and PE teacher). The College has a strong focus on the arts; acclaimed as a leader in the jazz melodica and ska scene. This is where Peg formed her first band with two other girls serving life sentences, along with the PE teacher. The band, named the "Prim and Proper Little Ladies of Cheltenham", played mainly grunge and death metal before moving on to punk. This sparked her lifelong love of people-hating and extortion, also inspiring her to join another band after earning probation. "I don't know", she chirped, "People just suck and I want to tell them that from a stage. So, it's either politics, time-share selling or singing. I chose singing."

When asked if she had any regrets she answered, "Hell yes, that was the worst decision I ever made!" 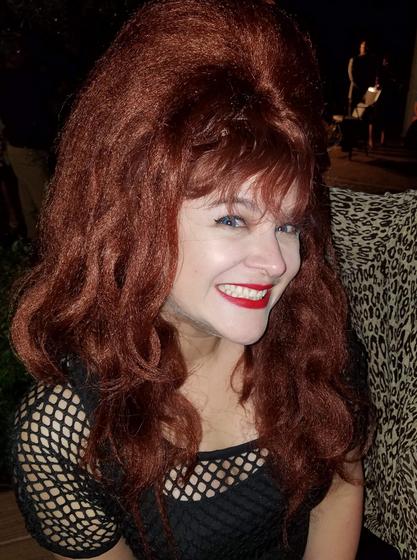