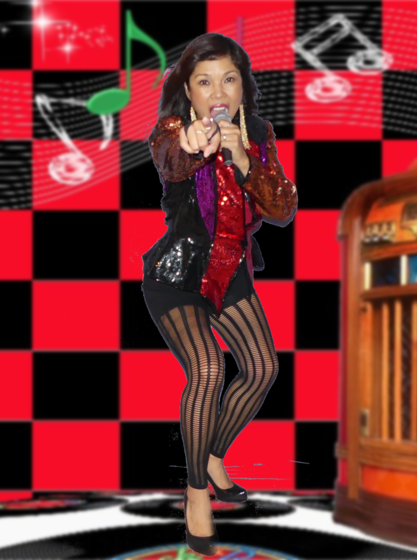 Belinda Starr is the youngest of 12 children. Born into abject poverty in Los Angeles, Ca. She was different from her siblings in many ways. While they followed the path of so many, into partying and trouble, Belinda took a different path. Her heart broke for people when they were hurting or in need, and at the age of 8, developed and presented a system to turn seaweed and driftwood into enough food to feed all of the homeless in Los Angeles County.

At 10 she taught herself to dance. so well that Gregory Hines called her, “My new inspiration”. In 8th grade Belinda became the lead cheerleader for the Los Angeles Rams and a few years later, while performing with her high school choir, she was seen by Barry Manilow who openly wept at the beauty of her solo performance of Mozart's - Le nozze di Figaro: Deh vieni, non tardar.

Belinda was immediately approached by numerous bands asking her to join. In 1985 she turned down offers to replace David Lee Roth in Van Halen, and Grace Slick in the Starship. But young Belinda refused, and instead focused on becoming the youngest person ever to earn Masters Degrees in Music, Astrophysics and Micro-Biology from USC at the age of 16.

At 18 Belinda created an all girl band called "Spiritual Queens" that put a mix of pop and punk and created the famous Popunk movement and almost instantly vaulted her to the top of the L.A. music scene.

Pulled away from music again by her own need to benefit mankind, Belinda took time off to develop new treatments for childhood diseases and cured polio. But, as fate would have it, one day while delivering advanced medical treatment to wounded vets, Belinda bumped into her old buddy Cassidy. After a good lunch and a few glasses of wine asked Cassidy if she was still playing music, Cassidy replied of course and our band WAS currently looking for another Female vocalist asked her if she was interested in singing for Re-Wind and she said “OH, CASSIDY I HAVE ALWAYS WANTED TO SING WITH YOU , I HAVE ALWAYS ENVIED YOU - ARE A TRUE ROCK STAR WITH THOSE DREAMY EYES THAT LEAVE US LADIES SPELLBOUND I WOULD BE HONORED TO ". And so history was made that day and Belinda Starr became a vital member of the Magnificent 7 we call Re-Wind "That 80's Band".

Note: Some biographical information was provided by Cassidy