A Special Treat from Cassidy and Leggy!

"What a waste" was how one prominent record label executive responded when asked about Cassidy, "The guy had it all. The look , the body, the voice and those dreamy eyes that left women spellbound....the sky was the limit for him"

But like many musical prodigies, Cassidy's journey to the big time was waylayed by misfortune. While volunteering in a LA soup kitchen Cassidy's beloved wife Angelina suffered an accident with the meat grinder. Instead of serving sausage, she actually served herself to the homeless. The loss was more than Cassidy could bear and he spent the next decade in the spiritual and emotional wilderness.

He toured endlessly in his grief with a string of bands across the world. When a woman who too closely resembled Angelina approached the stage one night during a show in Prague, Cassidy was unable to continue and left the tour to spend the next 6 months in a Tibetan monastery.

In 2010, after several successful tours of Eastern Europe with the band Skidmark. In 2012 he joined Re-Wind and is finally now back on the fast track to mega-stardom, he never re married and still can't bear the sight of sausage. 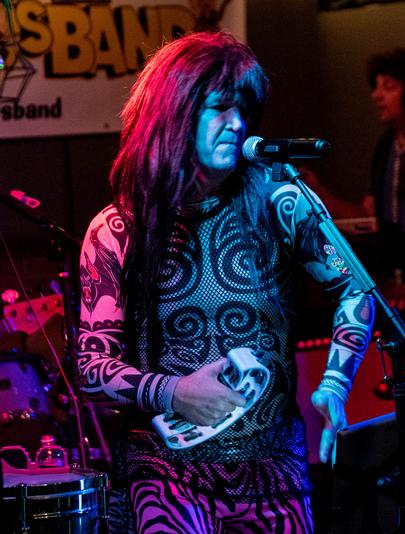